Bidjara Media & Broadcasting Company Ltd was incorporated in 1999 and have been broadcasting full time since March 2000 offering a blend of live-to-air locally transmitted programs, and programs offered by the National Indigenous Radio Service (NIRS) via satellite.

We pride ourselves on providing a service to the local communities in Charleville & Cunnamulla. We keep our listeners informed of local and Aboriginal & Torres Strait Islander news: entertainment: and do live weekday weather reports. Our music is carefully selected offering a blend of Murri, Country, Contemporary and new music. 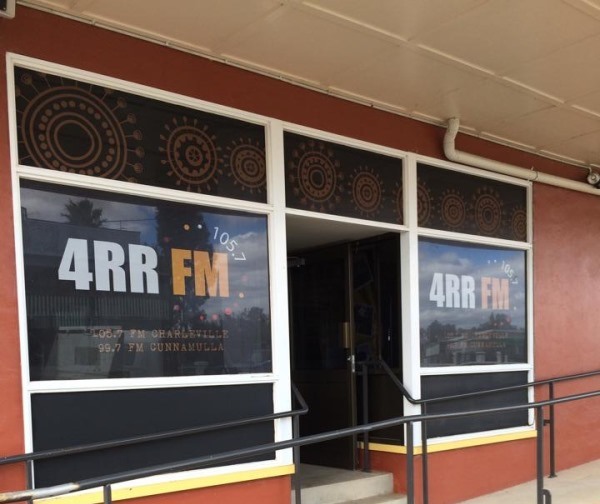 The Aboriginal history of Charleville, like that of many other centres, is one of dispossession and denial of cultural identity. The company is an Aboriginal & Torres Strait Islander organisation which proudly takes its name from the Bidjara people, the major traditional land owners of the region. Many of the organisation’s members are Bidjara people, as well as Kooma people from the East, and Wangkmurra people.

The company’s name represents the enormous pride of the local Aboriginal & Torres Strait Islander people in their culture and heritage, and the major steps they have achieved in commencing their own enterprises to provide employment, training, and cultural recognition.

The town of Charleville is situated on the Warrego River and is located approximately 800km South West of Brisbane. It is the largest regional centre in the South West corner of Queensland and is the administration centre of the Murweh Shire. Charleville is the location for many regional services for surrounding Shires, including Paroo, Bulloo, Quilpie and Barcoo. The area serviced reaches to the New South Wales, South Australian, and Northern Territory borders.